The Northwest Atlantic Marine Alliance (NAMA) advocates for healthy marine ecosystems. Through their site, namanet.org, they organize and promote a movement toward a thriving ocean and a just seafood system.

Having helped create the original Drupal 6 site for NAMA in 2008, it’s been a rewarding experience re-architecting it in Drupal 8 (beta). The main purpose of the project, at least initially, was to help NAMA plan for how to deal with their soon-to-be-end-of-lifed D6 site by upgrading it to D7. As a fully matured platform, this upgrade (or migration) path has long been the recommended approach, even since talk of a release candidate began in the summer of ’15, when the number of critical issues neared zero.

NAMA was the perfect client to test out a Drupal 8 upgrade. They were flexible about their design and functional requirements, and the original site was straightforward in its architecture. As the betas ticked up in number, it became feasible to consider skipping over D7 to go straight to D8 instead. Once the D6->D8 migration path appeared ready to use, we discussed the pros and cons with NAMA and, together, decided to go for it.

By structuring the project to partially include “internal” and “personal development” time, we were able to deliver the new site on a tight budget while allowing the entire team to gain crucial experience with the upcoming version of our CMS/framework of choice.

While NAMA will enjoy many secondary benefits to having a D8 site, like a responsive front-end and in-place WYSIWYG editing, the most meaningful advantage of NAMA skipping D7 for D8 is the significantly extended lifespan of their redeveloped site. For Advomatic, apart from getting to work with a shiny new Drupal toy, we’re now prepared to hit the ground running when the full release of D8 is ready, and to support the sea of Drupal 6 sites that will soon be in need of migration help. 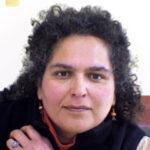 As we wrapped up our final tickets and NAMA began working with their new site, I asked Coordinating Director Niaz Dorry to chat with me about their experience with Drupal 8 so far.

When asked about her favorite features of the new site, Niaz noted that it was, “clean, open, uncluttered, more modern, and (so far) appears to be easier to edit.” She also detailed some of the new configurable components we added to the homepage, which leverage the fieldability of D8’s upgraded Block module.

Niaz added that the move to the new site has been fairly seamless from an administrator’s perspective. The ease of this process is largely due to content creation and usability improvements that have been incorporated into D8 core:

“The transition seems smooth so far. Generally speaking, the two sites feel similar. What is different is not THAT different, and we seem to be learning it pretty quickly.”

And what about the tradeoffs of working with not-quite-ready software, when a robust ecosystem has been developing around its predecessor for years? At the outset of the project, we’d discussed – in theory – what sacrifices might need to be made. But in practice, what diminished functionality did they end up having to live with?

“Not much, really. Some of the things that are not ready yet – like a better date module – don’t appear to be showstoppers. We knew what we were going into, and that there would be some adjustments to things as Drupal 8 goes from Beta to fully operational. So nothing has been a surprise.”

Niaz eloquently summarizes how this project has been a big win for everyone involved:

“We’re glad to have had this opportunity to work with Advomatic. The results – an updated website for us, experience with Drupal 8 for Advomatic, and contributing to the broader cyber community as we learn – are truly a win-win-win, and that’s the kind of effort we like to engage with, whether it’s our program work, our policy work, the way we run our organization, and now even the way we build our website.”

Have you had a chance to work with a client on a D8 project yet? What do they think so far?