Heading into Chicago’s Midcamp, my coworker Andy and I were excited to talk to other front end developers about using style guides with Drupal. We decided to put the word out and organize a BOF (birds of a feather talk) to find our kindred front end spirits. Indeed, we found a small group of folks who have started using them and had a great conversation: tools, workflow and pain points galore! So if you have already been using them or if you are brand new to the idea, read on. 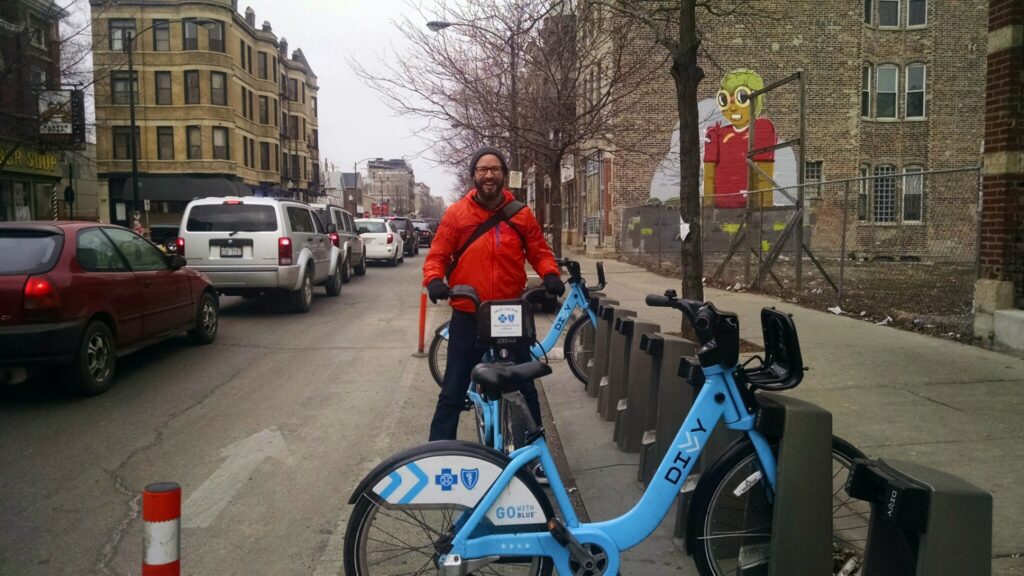 We looked pretty cool riding Chicago’s Divvy bikes to and from the conference!

So what is a style guide?

It can mean different things in different contexts, but for front end development, it means a fully-realized library of elements and components, using clean HTML/CSS/Javascript. I’ve heard them described as “tiny Bootstraps for every client” (Dave Rupert) — a client with a style guide has all the classes and/or markup they need to properly add new elements and components. A living style guide asserts that the style guide is maintained throughout the life cycle of a project.

At Advomatic, we’ve been integrating style guides into our workflow for about a year. We’ve had a few discussions about when it makes sense to have one, and when not. In the past, I’ve even argued against them, in the case of small projects. But at this point, we’ve come to the conclusion that it ALWAYS makes sense to use one. Smaller sites might have smaller styleguides — perhaps just with the the baseline elements included — but with a boilerplate style guide and a compiler in place, the style guide will, in fact, build itself.

So what can you use to build a style guide?

At Advomatic, we’ve been using KSS (Knyle Style Sheets), which is more specific to just generating style guides. It uses a Grunt task to compile a style guide from markup (commented out in your Sass files) and the corresponding CSS. This section documents setting up KSS to auto-generate your style guide using KSS. We use the NodeJS implementation of KSS, which, coincidentally, JohnAlbin (the brains behind Zen base theme and Drupal theming in general) has taken the reins on.

Scared? I hear you. It SOUNDS like an extra layer of work.

Here were my fears moving to style guides:

But let’s look at the pros:

We have found that components that we chose to not prototype in a style guide often ended up taking more time than expected. When the back end devs could see what our preferred markup was, they built our components very closely to what we prototyped. In the end, the pros outweigh the cons.

So what is the holy grail style guide workflow?

We’re still looking for it, but here’s some tips:

What else would you suggest? Any pain points that you are feeling when using style guides with Drupal?

Or if you are just dipping your toes in, check out these resources for more good information: