A couple of weeks ago, I joined a few hundred other PHP developers at the Midwest PHP Conference in Minneapolis.

I consider myself primarily a Drupal developer, not a PHP developer. I spend most of my work days writing modules, almost entirely in PHP, but working in Drupal 6 or 7 is pretty different than working with something like Symfony or Silex or Laravel. It brings me a little PHP programmer shame to admit that I don’t often use object-oriented design patterns or use Composer (yet).

I actually hosed my local PHP install during the conference because I had to upgrade to 5.4 in order to give Laravel a spin (it was totally worth it, Laravel is neat).

That time I accidentally uninstalled PHP during a PHP conference.

Midwest PHP really promoted the value of being a well-rounded developer, and the variety in the sessions reflected that. The opening keynote was about accessibility. I attended sessions on sysadmin utilities and continuous integration. There were also sessions on UX, project triage, and the experience of being “the only girl in the room.” 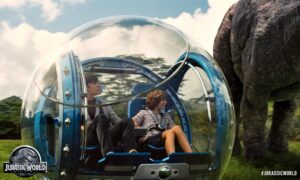 Other PHP developers learning about Drupal 7. Drupal 8 should fix this.

The Drupal session combined the new technologies with the familiar (for me, at least). Larry Garfield presented strong evidence – module code – that Drupal 8 catches us up with the greater PHP community. Larry (you may know him as crell on Drupal.org) hosted a packed session on Drupal 8 architecture that was attended primarily by people who don’t consider themselves Drupal developers. Developers with experience using Symfony recognized many of Drupal 8’s components and seemed receptive to the idea of Drupal being a usable, modern framework. As an open-source project, that’s great news for Drupal – there were some very smart people in that room.

The most immediately-going-to-be-useful session I went to was about scaling WordPress, presented by Zack Tollman, Lead Engineer for WIRED magazine. I bookmarked several performance-related tools and plugins during his session, so look for a speedier advomatic.com sometime in the future, once I get Varnish in check.

Big thanks to the organizers and sponsors, hope to see you again next year!